Eight years a friend and I met a handsome dog in Koh Lanta, Thailand, which at the time didn’t have an animal shelter on the island. The dog, Todsi, had been in a fight and had a terrible wound which was inevitably going to become infested with maggots – the outlook wasn’t good. It was very upsetting and difficult working out what to do but we knew we couldn’t walk away so started making a plan. After some difficulty trying to communicate with the owners of the restaurant Todsi slept outside of at night, we were eventually allowed to take him to the mainland to look for help. The next day we took our large new friend over land and water, in a taxi, for several hours to Krabi where he was fixed up over the course of three days at a veterinary centre. After this time we were able to return to the Island and Todsi was greeted by his owners like a king! It was well worth the effort and cost so little to help. I’m happy to say that now Koh Lanta has an animal shelter www.lantaanimalwelfare.com. Six years ago a friend and I met a very poorly dog on a beach in Varkala, Kerala (southern India). She had a large tumour on her rear end (though at the time we thought perhaps a prolapsed womb – as she had clearly just had puppies – though sadly they had all died). Everybody that saw the beautiful, though clearly pained, dog had tears in their eyes – it was incredibly distressing. Through using the members page on the WSPA website we found a wonderful charity called ARK based in Kovalam, Kerala. The incredible founder of the charity, an English woman named Avis, kindly agreed to travel 3 hours with a vet to come and look at this resilient but struggling animal. Avis also took away another 4 or so dogs in order to neuter them and return them back to the beach and to also treat them for any issues they had. However our dog needed long term care. The shortened story is that ARK after six months of treatment managed to clear the cancer (though we did nearly lose her) and we were able to bring her home. The dog, now named Mia, which stands for ‘made in Asia’, needed such long term care it wouldn’t have been possible to put her back out on to the beach where she originally lived, it would have felt like abandonment. So we realised, early on, that she needed a home (which would have been near impossible to find locally). Avis was already well over full capacity. Fortunately through Avis’s wonderful daughter Oddette and family (Tom and Becky), who live in France, Mia was able to make her way to the UK (after six months stay with them in France). I can never thank everyone involved enough. She lived with me for a precious few years and now lives very happily with the friend that helped rescue her. She is a very lucky and very special dog.

UK Rescues
Over the years I have had five rescue cats: Boots; Stephi; Pudding; Doey; and Kato (in that order). In fact at one stage I had three at the same time for a number of years. It was a wonderful experience and a special time. I nursed them through any problems and loved them dearly. 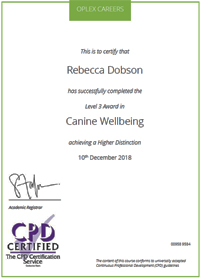 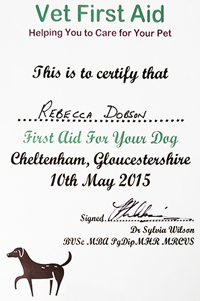 Wild About Pet Care has donated over £1,000 to animal welfare charities!!!
Top